Crimes That Don't Break Any Laws

The only thing you need to read today...

I had a lot of time to think about my life while I was away. I liked Iceland so much I've decided to move there. I hope to post some thoughts from my travel journal, but can't guarantee anything because my virtual slacker self suddenly finds real life is more important. New things are on the horizon. I'm busy with work, the gym, and learning the language of my next home. I hope everyone is well and driving their lives to places of self-reflection, personal meaning and heart. This life matters, and it's important to fulfill your destiny, whatever that is, whoever your are, wherever it takes you. Be as a bold Viking and live free. Takk fyrir. Vertu blessaður og sæll.
Posted by W at 3/28/2011 11:44:00 AM Links to this post


Farewell, America. Iceland here I come. I've wanted to make this trip for 28 years. Some dreams, no matter how old, stay with you. Time to go find out what mine's about. Hope everyone has a great week and enjoys the return of Spring. Peace.

"The time had come, so Marvin went."

For too long you've been beaten down
laboring under unspeakable burdens 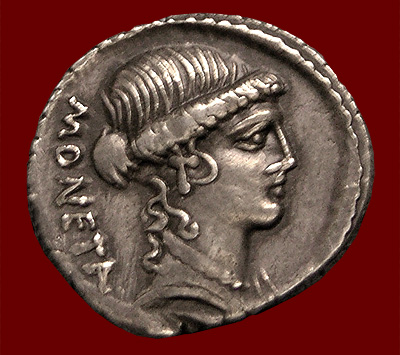 The Juno archetype and name comes from Roman mythology, where Juno was the wife of Jupiter, the King of the Gods, and patron of the Roman Empire. To the Romans, Juno had a variety of roles and functions, among them being protector of the Roman people, protector of women and children, and adviser to the people, especially concerning who and when to marry. In this role as adviser, she was known as Juno Moneta.

According to the legend, around 390 BC a flock of geese in Juno's sanctuary squawked an alarm that saved the Romans from a barbarian invasion. A temple was built on the spot to honor Juno Moneta, and about a century later the first Roman mint was built across the street. The first coins had Juno Moneta on the face, and were naturally called "moneta", from which the term "money" is derived.

Thank You For Being In My Dimension

...even if we're all just a bunch of wealthy pea brains. Some-branes else we are naked bolts of lightning streaking through the universe in colors no human can see.
Posted by W at 3/11/2011 11:31:00 AM Links to this post

That Which Gives Us Life

A hairy black and white ocean

How To Be A Human Being


Be like the bird that, passing on her flight awhile on boughs too slight, feels them give way beneath her, and yet sings, knowing that she hath wings.
~ Victor Hugo
Posted by W at 3/10/2011 03:49:00 PM Links to this post

Yet Another Reason Not To Have Kids 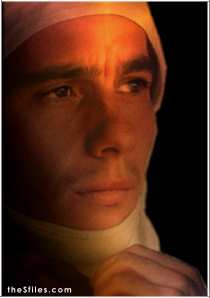 "With your mind power,

and the experience as well,

you can fly very high."

A New Era of Freedom

This is a wonderful speech.

In Memory of Mohamed Bouazizi 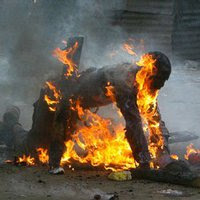 Mohamed Bouazizi, whose sacrificial and supreme act of defiance drew our attention to the oppressive and despotic conditions under which so many of us live.
Posted by W at 3/04/2011 02:06:00 PM Links to this post Once people power is recognized as able to achieve changes of great magnitude, no government will feel safe.
~ Anonymous
Posted by W at 3/04/2011 01:56:00 PM Links to this post

The Soul of Vertical Searcher

I
the broken
the fallen
the wingless
have nonetheless risen

Paraglider - A arte de voar! from Taio on Vimeo.

But I guess it doesn't matter now