The Worlds Of Animals & Asuras

The World of Animals


The world of animals, or animality, is characterized by motivation based on immediate gain or loss rather than on reason or logic.  Nichiren Daishonin says, "Foolishness is (the world) of animals." When in the state of animality, one acts based on instinct or impulse, unable to distinguish between right and wrong, good and evil.

Nichiren writes, "It is the nature of beasts to threaten the weak and fear the strong," and that the realm of animals is characterized by the need to "kill or be killed." In the world of animality, people lack reason and conscience, seeing life as a struggle for survival in which they are willing to harm others to protect themselves. Unable to look beyond the immediate, they cannot plan for the future. Such a state of ignorance ultimately leads to suffering and self-destruction.

While Buddhism draws from ancient Indian tradition in associating this state of life with animals, in reality, animals can exhibit qualities, such as loyalty and selflessness, that humans would gain by learning from; and in many ways animals play an irreplaceable role in supporting human life. On the other hand, human beings can be capable of baseness and cruelty, such as seen in wartime, that surpasses anything in the animal world.

Because the worlds of hell, hungry spirits and animals all represent conditions of suffering, they are collectively known as the "three evil paths." 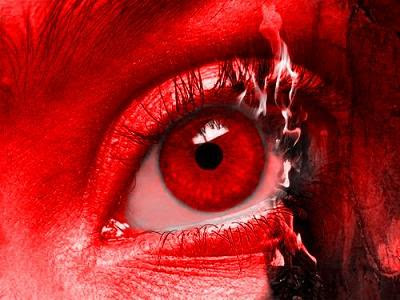 The World of Asuras

An asura is a contentious god or demon found in Indian mythology. One characteristic of those in the life-state known as the world of asuras, also called anger, is a strong tendency to compare themselves with others and a preoccupation with surpassing them. When they see themselves as superior to others, these people become consumed with arrogance and contempt. If, on the other hand, they encounter a person who seems clearly their superior, they become obsequious and given over to flattery.

People in the world of asuras often put on airs in order to impress others with their self-perceived greatness.

On the surface, those in this world may appear well-intentioned and civil, even humble. Inwardly, however, they harbor jealousy or resentment toward those they sense as better than them. This conflict between outward appearance and behavior and inner feelings and orientation makes those in the world of asuras prone to hypocrisy and betrayal.

This is why Nichiren Daishonin writes that "perversity is (the world) of asuras." The Japanese word tenkoku, translated here as "perversity," is composed of two characters, one meaning "to submit without revealing one's true intent," and the other meaning "bent" or "twisted."

Unlike the three evil paths -- the worlds of hell, hunger and animality -- in which one is controlled by the three poisons (the fundamental human delusions of greed, anger and foolishness), those in the world of asuras display a stronger degree of self-awareness and control. In this sense, it could be considered a higher state than the three evil paths. Nevertheless, remaining in the condition of asuras ultimately gives rise to suffering and therefore constitutes, together with hell, hunger and animality, one of the "four evil paths."

Though the world of asuras is often called the world of anger, this does not mean it is characterized by rage or the tendency to lose one's temper. Rather, it suggests an abiding sense of contention or predisposition toward conflict arising from self-centered ambition.
Posted by W at 1/22/2011 01:28:00 PM